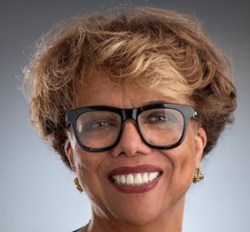 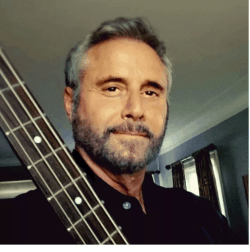 A former Iowa legislator and a one-time Saturday Night Live cast member will serve as keynote bookends at the 2021 Iowa Rural Summit, set for August 18-20 at the Hotel Kirkwood in Cedar Rapids.

Helen Miller and Gary Kroeger will be addressing Summit-goers who will be on hand for the 5th annual celebration of rural Iowa.  In past years, as many as 400 individuals have attended the Rural Summit, which is hosted by the Iowa Rural Development Council.

Born in Newark, NJ, Representative Miller has more than 45 years of experience and leadership as an attorney, legislator, mediator, legislative bill drafter, volunteer, arts educator, executive director of several nonprofits, and board member of numerous local and national organizations. Miller served in the Iowa House from 2003 through 2018, representing a district that included Fort Dodge and parts of rural Webster County.  During her House tenure, she served as ranking member of the Agriculture Committee.

Representative Miller has participated in numerous leadership programs and received numerous national and state awards including the lifetime achievement award from the National Black Caucus of State Legislators and the Herbert Hoover Uncommon Public Service award. She is a Rotary International Paul Harris Fellow and a member of the Links Inc.

Governor Kim Reynolds appointed Miller to chair the Iowa Board of Parole in 2019, a function of Miller’s ability to work in a bipartisan fashion.

Miller will kick off the 2021 Summit on Thursday morning August 19th by discussing ways rural communities can be open, inclusive and diverse.

Gary Kroeger will wrap things up on the morning of Friday August 20th by telling the story of his return to Iowa.

Kroeger was born and raised in Waterloo and Cedar Falls, where his father worked as an engineer for John Deere and his mother was a special education teacher in the public schools. He had a 20-year career in the entertainment industry, which took him from Chicago to New York and, finally, Los Angeles.  He was an SNL cast member from 1982-1985.

While in Los Angeles, Kroeger pursued another lifelong dream and opened a restaurant while continuing to work in television.

In 2003, Kroeger decided to leave Los Angeles and the entertainment field and come home to the Cedar Valley. Despite Kroeger’s success in the industry, as the father of two sons, he decided it was important to raise them with those same “Iowa Values” that have guided him through life.

​Registration for the 2021 Iowa Rural Summit will open in early June.