Back to Strategic Planning

The final meeting of both the Iowa Rural Development Council and the Empower Rural Iowa task force was one that left attendees amazed at what a community of 7,500 can accomplish.

The day-long gathering was held in La Poste, an event space developed in the city’s historic former post office.  It included a Rural Council meeting that focused on issues such as rural EMS and the upcoming 2020 Rural Summit.  It also featured recommendations from the Empower Rural Iowa task force to Governor Kim Reynolds, who was there to thanks the attendees.  Empower Co-Chair Lieutenant Governor Adam Gregg spent the entire day in Perry and thanked the hosts and organizers repeatedly for their work.

More importantly, the meetings included time for the 100+ attendees to break into small groups and take guided walking tours of downtown Perry.  And that’s there the city really shined!  From city hall to the Hotel Pattee to downtown projects currently under development, Perry leaders showed rural leaders from across Iowa what is possible in a small town. 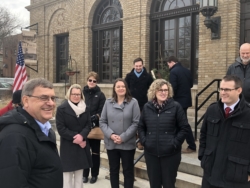 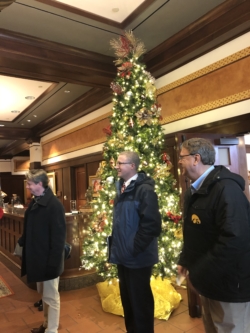 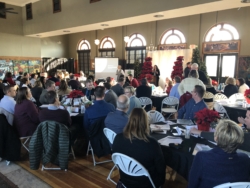 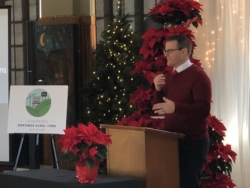 Perry has a decades-long commitment to redevelopment.  That was obvious in some of the work of local non-profit “The Nudgers” – who purchased and rehabilitate older, often-dilapidated downtown buildings.  They have multiple sites in the central business district that now feature upper-story apartments – a key addition to any rural community seeking to add housing opportunities.

As both the governor and lieutenant governor acknowledged, not every small town has an iconic landmark like the Hotel Pattee.  But rural communities can build partnerships, work collaboratively and develop a vision that allows everyone to move forward, together!